5 minutes with one of our working students

5 minutes with… our working student Daniel! He tells us how he came to 4Soft and why he definitely wants to continue working here after graduation.

How long have you been working at 4Soft?

To the day: since 16.03.2020. That was the day I started working at 4Soft as part of my internship semester. At Munich University of Applied Sciences, the summer semester always starts on March 15 at the earliest, which was a Sunday in 2020.

Why did you decide to work here?

I had met 4Soft back in November 2019; it was one of the companies that had been at the University Contact Fair (HOKO). I had organized the catalog about all the companies in advance and 4Soft had made the best impression on me there. I also found the interview with Dr. Sihling very positive. What I liked most was that the conversation took place at eye level, which I had not expected, as silly as it may sound. After all, this was a conversation between a managing director with a doctorate and a student who, at that point, was in his fourth semester according to plan.

I had then later sent off my application and also made what was for me a fatal mistake. I began the email with “Dear Dr. Bergner,” which I was very embarrassed about at the time and thought I had shot myself out of the running. In a follow-up e-mail, I apologized for the terrible mistake because I didn’t want to leave it as it was. A few days later I received an answer from Dr. Bergner. To the error he said only “the terrible error is not really terrible which I also had not expected and surprised me positively.

After just under two weeks, I then had an interview with Mr. Rabe, which I also found very positive. During the interview, I also noticed that 4Soft cares about the well-being of its employees. Within the 6-month internship semester, I would normally not have a vacation, but Mr. Rabe said that a vacation definitely had to be. At that point, it was clear to me that I would prefer to do my internship semester at 4Soft. When I got an acceptance letter, I was very happy.

Would you like to stay at 4Soft after your studies?

Definitely yes. As I said before, I was already excited before I had my first day at work. In the course of my internship semester, I got to know my work colleagues, even if only virtually, who also made a pleasant and professional impression on me. During the internship semester, I wrote documentation, investigated bugs of other developers and participated in meetings, in addition to the “normal SW development”. All in all, I almost always enjoyed the tasks (it would be nearly impossible to do all of them in a period of six months) and I learned a lot. Since I generally feel very comfortable and in good hands at 4Soft, I asked if I could start at 4Soft after my studies. On the first of October I’ll be starting and I’m really looking forward to it.

Equal and yet unequal. The only fixed component that exists in my daily routine is the daily meeting within the project in which I am currently assigned. Otherwise, I usually work on new features, which includes necessary research and bug fixing. If everything works I write test cases to guarantee the functionality, but if necessary I notice further bugs and fix them. Sometimes I just stubbornly program down, but sometimes every line has to be considered and the solution is not so trivial. From time to time I also talk to work colleagues if I need their help or if they need my help. However, I usually implement the features on my own. In the above mentioned project the sprints last 3 weeks. At the end there is the sprint transition, where results and plans for the next sprint are presented. Additionally, there is the retrospective, where the team reflects on the last three weeks. That’s pretty much part of the standard daily routine, but I’ve also been allowed to set up my own project with CI and Sonar and also record and edit a video tutorial for a tool. So there are also tasks that don’t come up that often, but offer variety.

What is the biggest challenge in your job? What’s the most rewarding?

The biggest challenge is probably dealing with new or unknown technologies. Understanding or familiarizing myself with them, especially if they are not in the realm of (typical) SW development, is the hardest for me. For example, one of my tasks was to create a Docker image. For this, I had to learn Docker and since I had never dealt with deployment before and configurations are also not common for me, this had taken some time. My knowledge is far from mature but at least I was able to create the Docker image.

The most profitable thing is probably the experience you gain from your work. In general, for me, when it comes to programming, experience makes up a very big part, if not the biggest part. If you have done something once, you know it for the next time and you can pass on your knowledge. And the more often you do something, the more confident and faster you become at it. Also, with more experience you get a better feel for whether the code you’re writing is good or more “hacky”. Within private projects I have already learned a lot that I can also use in my work, but there is definitely still room for improvement.

What is special about 4Soft and the team?

As already answered in the second and third question, I like the atmosphere very much, care is taken to make employees feel comfortable, I appreciate my work colleagues and I like my tasks. I also feel more comfortable, especially in smaller companies, because I know that I’m not just “one of many” there. For me, everything fits at 4Soft and I feel very comfortable.

Your best experience at 4Soft?

There are many great experiences, some of which I have already mentioned. One of the funniest moments was probably a bug that I just couldn’t understand. The bug was that X == Y was true, but X.equals(Y) was not, although in the equals method also X == Y was checked. In the end this was done by reflection, so the values were different when calling the equals method. Figuring this out also took a long time and was one of the craziest things for me so far. Apart from that, I always liked the team and company events. 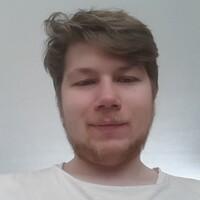 Do you have any suggestions on the subject or want to know more? Then I look forward to hearing from you.